Invesco Ltd. boosted its stake in Iovance Biotherapeutics, Inc. (NASDAQ: IOVA – Get Rating) by 54.6% in the 4th quarter, according to the company in its most recent 13F filing with the Securities & Exchange Commission. The firm owned 1,587,067 shares of the biotechnology company stock after purchasing an additional 560,410 shares during the quarter. Invesco Ltd. owned approximately 1.01% of Iovance Biotherapeutics worth $ 30,297,000 as of its most recent filing with the Securities & Exchange Commission.

In other Iovance Biotherapeutics news, Director Merrill A. Mcpeak acquired 10,000 shares of the business’s stock in a transaction dated Tuesday, May 31st. The shares were purchased at an average cost of $ 6.84 per share, for a total transaction of $ 68,400.00. Following the transaction, the director now owns 20,150 shares in the company, valued at $ 137,826. The acquisition was disclosed in a filing with the SEC, which is available through the SEC website. 7.60% of the stock is currently owned by company insiders.

About Iovance Biotherapeutics: (Get Rating)

Iovance Biotherapeutics, Inc., a clinical-stage biotechnology company, focuses on developing and commercializing cancer immunotherapy products to harness the power of a patient’s immune system to eradicate cancer cells. It has six ongoing phase 2 clinical studies, including C-144-01, of its lead product candidate, lifileucel, for the treatment of metastatic melanoma; C-145-04, of its product candidate lifileucel for recurrent, metastatic, or persistent cervical cancer; and C-145-03, of its product candidate LN-145, for recurrent and / or metastatic head and neck squamous cell carcinoma.

Want to see what other hedge funds are holding IOVA? Visit HoldingsChannel.com to get the latest 13F filings and insider trades for Iovance Biotherapeutics, Inc. (NASDAQ: IOVA – Get Rating). 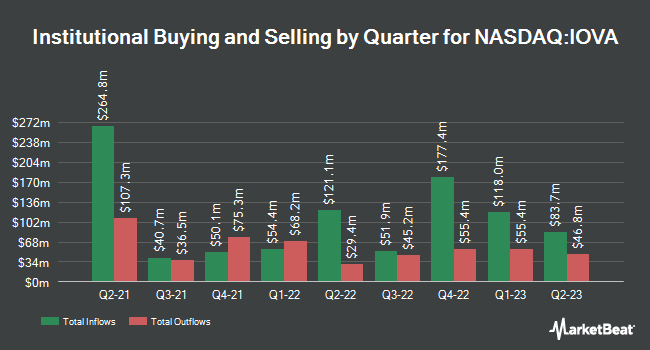