Daiwa Capital Markets initiated coverage on shares of: Johnson & Johnson (NYSE: JNJ – Get Rating) in a research report released on Wednesday morning, The Fly reports. The firm issued an outperform rating on the stock.

The company also recently declared a quarterly dividend, which was paid on Tuesday, June 7th. Shareholders of record on Tuesday, May 24th were given a dividend of $ 1.13 per share. The ex-dividend date of this dividend was Monday, May 23rd. This represents a $ 4.52 dividend on an annualized basis and a yield of 2.57%. This is a boost from Johnson & Johnson’s previous quarterly dividend of $ 1.06. Johnson & Johnson’s dividend payout ratio is 60.92%. 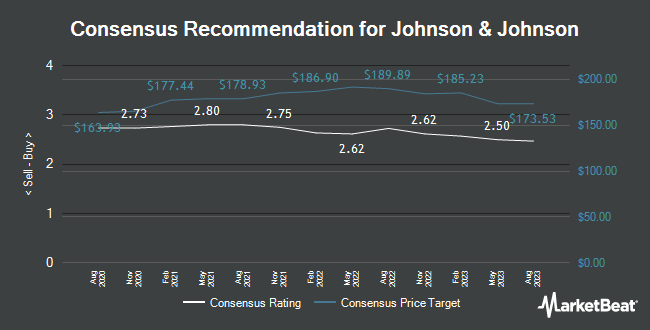