Spire Wealth Management cut its holdings in shares of Honeywell International Inc. (NASDAQ: HON – Get Rating) by 16.4% during the 1st quarter, according to its most recent disclosure with the Securities and Exchange Commission. The firm owned 16,497 shares of the conglomerate’s stock after selling 3,239 shares during the quarter. Spire Wealth Management’s holdings in Honeywell International were worth $ 3,210,000 as of its most recent SEC filing.

The company also recently announced a quarterly dividend, which was paid on Friday, June 3rd. Investors of record on Friday, May 13th were paid a dividend of $ 0.98 per share. This represents a $ 3.92 dividend on an annualized basis and a yield of 2.20%. The ex-dividend date of this dividend was Thursday, May 12th. Honeywell International’s dividend payout ratio is presently 52.06%.

In other Honeywell International news, CEO Darius Adamczyk sold 40,000 shares of Honeywell International stock in a transaction on Tuesday, May 10th. The shares were sold at an average price of $ 194.52, for a total value of $ 7,780,800.00. Following the completion of the sale, the chief executive officer now directly owns 165,015 shares of the company stock, valued at $ 32,098,717.80. The transaction was disclosed in a legal filing with the SEC, which is available at the SEC website. 0.45% of the stock is owned by company insiders. 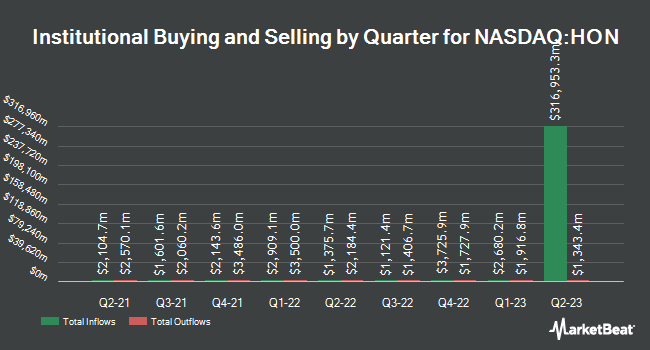